Read more »
Posted by Gawain Little at 15:08 No comments:

A New Union for Education Professionals

Possibly our most significant decision at this week's National Executive was taken in the last few minutes of the meeting, although it followed a three hour discussion the day before, more than twenty individual days of negotiation and nineteen months of work.

The NUT Executive approved the draft instrument of amalgamation and transitional rules, and has called a special conference for 5th November to discuss forming a new union with the ATL. This is the first of three key decisions which would lead to the creation a new education union, encompassing the current membership of the NUT and the ATL.

The 5th July strike over school funding was a huge success nationally, and in Oxfordshire where I attended events on the day. Below, I give a brief report of our activities on the day and the response but first I want to share the short video made by Leigh Seedhouse, one of our talented local committee members, using photos taken by Chris Honeywell:


We knew on the day that we had several objectives. On the one hand, we wanted to ensure there was a clear political focus on the question of school funding, both in terms of our trade dispute over the impact on terms and conditions, and in terms of the wider impact on education.

Read more »
Posted by Gawain Little at 23:44 No comments: 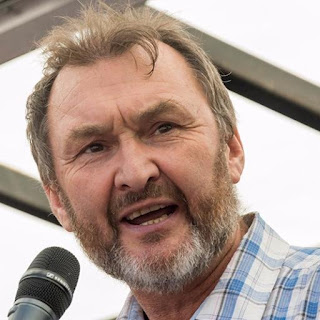 Read more »
Posted by Gawain Little at 21:56 No comments: