Thursday's Organising and Membership Committee received a report from the Union's Organising Department on the growth of academies and 'free' schools  and the latest developments in the NUT's response.
This is the most recent in a series of reports on the NUT's organising strategy and, whilst much of the detail is necessarily confidential, what I can say is that our approach is having a real impact.  There has been a significant growth in the number of school Reps and the level to which they are trained.  This reflects the work that has been put into developing active school groups who are the embodiment of the Union in the workplace and ensure that every member is involved, not just our local officers.

At the same time, schools are being grouped together into clusters so that Reps and school groups can support each other, as well as working with local associations and local officers.  This peer-to-peer support has proved invaluable, both in making members feel better supported and involving everyone actively in the work of the Union.

This strategy is considerably strengthening the NUT in the areas where it has been applied and shows the power of a Union which is genuinely rooted in its members, drawing strength from them and giving them collective strength on a local, regional and national level.

This was also seen on Saturday in the NUT contribution to the People's Assembly march against austerity.  Thousands of NUT members participated, mobilised not through work done from the centre but by local associations who are developing an organising approach to our Stand Up for Education campaign. 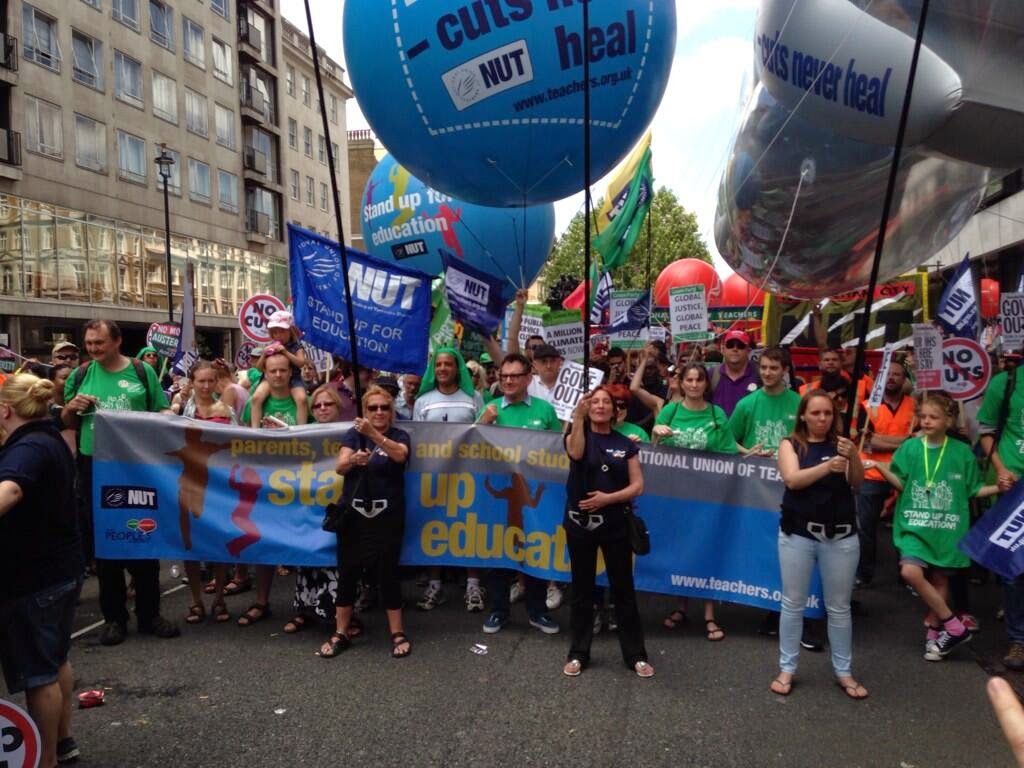