Kevin Courtney opened his General Secretary's report to this week's National Executive by talking about the unprecedented opportunity presented by the overwhelming votes in both NUT and ATL to form a new National Education Union. He described the decision as historic and paid tribute to those who had paved the way, in particular former General Secretary Steve Sinnott. 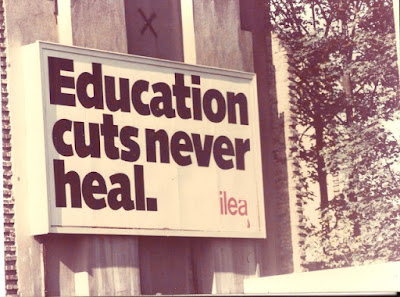 At the same time, Kevin cautioned against complacency. As he stated very clearly, whilst this situation presents an opportunity, unity in and of itself does not guarantee an improvement in our situation. The opportunity presented by the creation of the NEU is a strong voice for education professionals that can challenge the priorities of the Global Education 'Reform' Movement, as represented in current government policy. However, that opportunity can only be realised through our conscious activity.

That means we must take the campaigns and organising work that the NUT and ATL are already engaged in, from opposing the growth of selective education to rebuilding and reinvigorating local and workplace structures, and imbue it with the engagement and optimism that the creation of the NEU will generate. In this way, growing unity will lend increased strength to our campaigns and perspectives, as they in turn give the new union a sense of purpose.

Kevin returned to this theme when talking about initial successes of our funding campaign. We have already been able to generate a significant rebellion amongst back-bench MPs which will make the funding proposals difficult to pass in their current form, as well as massively increasing the call for greater funding overall for schools.

Much of this has been based around the schoolcuts.org.uk website, and associated materials, that the union created. However, the website in and of itself will not win this campaign. It relies on the conscious activity of teachers and parents in organising local meetings and demonstrations, lobbying MPs, and generating interest in the local and national media.

Ultimately, increased school funding to ensure a broad and balanced curriculum taught by qualified teachers is at the heart of our vision for a better education system. In the same way, funding cuts to increase 'efficiency', narrow the curriculum, undermine teaching qualifications, and break national terms and conditions is an essential plank of the drive to a marketised education system.

We know which vision of education we want to see made real. Now we have to get out and fight for it. And use the power of our new united union of educational professionals to do so.
Posted by Gawain Little at 13:21