The NUT Executive today received the results of our action ballot, with 92% voting in favour of action. After a considered debate, the Executive agreed to call an initial day of strike action on 5th July.

This day of action will mark the opening of a serious campaign of action, lobbying and mobilising alongside parents and the public, to protect teachers, schools and children from the impact of the government's intentional underfunding of schools.

Planned funding cuts over the remaining term of this government will lead to increased teacher workload and worsening terms and conditions, whilst class sizes are increased, curriculum options narrowed and children's right to a quality education irrevocably damaged.

“The NUT is not taking action lightly. In light of the huge funding cuts to schools, worsening terms and conditions, and unmanageable and exhausting workloads, teachers cannot be expected to go on without significant change.

Read more »
Posted by Gawain Little at 15:04 No comments:

Just got back from a Regional Council meeting in East Sussex where we were discussing how we develop plans for our strike day, assuming a successful ballot result. 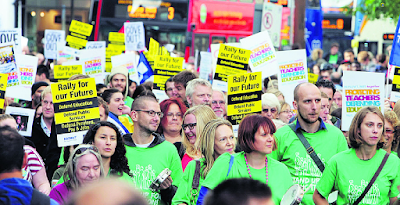 Some of the things we discussed in the meeting and informally afterwards included the balance between:

Read more »
Posted by Gawain Little at 02:21 No comments:

Great to meet with teachers from the Blackbird Academy Trust schools today - Pegasus, Orchard Meadow and Windale. A really positive discussion about building the strike action and how we reach out to NUT members and to the school community.

In particular, members were keen to take up #greenfridays as a way of building confidence and solidarity within school, and also to have a stall at the three-school summer fete on 2nd July, with balloons, stickers and information about the strike action and wider campaign for families.

Have you thought of having an NUT stall at your schools fete? We can supply materials and may even be able to help with staffing stalls if appropriate - please get in touch.

Read more »
Posted by Gawain Little at 20:30 No comments:

At lunchtime today, I met with members at Henley College. We discussed the current ballot of school teachers (sixth form college teachers are not part of the current ballot group, although we intend to ballot them in the autumn term) and the NUT's ongoing tactics in the campaign. 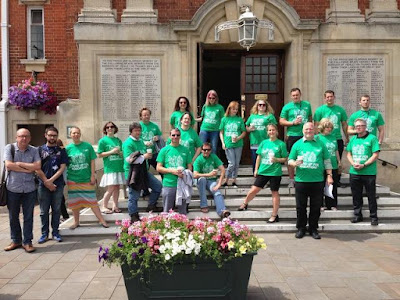 The following points were raised in discussion:

It's All About Education

The law is very clear on what trade unions can and cannot take industrial action over. 'Political' strikes are illegal in this country and industrial action is limited to 'legitimate trade disputes' with an employer. This means that it would be illegal for the NUT to take strike action over much of the government's education policy, including testing, curriculum, mass academisation, removal of parent governors, abolishing QTS. Essentially, unions are held in chains. 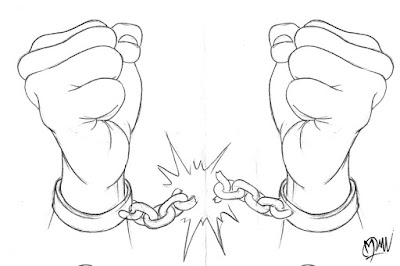 While we have a clear and legitimate trade dispute over the lack of a national set of terms and conditions that apply in all maintained schools, academies and colleges, and over cuts to school funding which impact on our terms and conditions, these issues are clearly tied in to our wider campaign around education in a number of ways.

Read more »
Posted by Gawain Little at 20:30 No comments: