Yesterday's South East Region TUC Council heard from teachers in NUT and NASUWT about the school places crisis that has been caused by the current government.  Speaking on a motion from the NUT about the crisis, which is affecting children across the country, teachers described how the government's obsession with developing 'free' schools has led it to ban local authorities from opening new schools in areas of need, transferring the money instead to 'free' school projects in areas with surplus places.

One of the effects of this is that local authorities, rightly concerned about the impact 'free' schools may have on local education standards with unqualified teachers, substandard buildings, etc., are forced into expanding existing schools.  This leaves many local community schools bursting at the seams while many 'free' schools in other areas are under-subscribed.

There was also a discussion of how some 'free' schools have been coverly selecting their intake by requiring families to purchase expensive uniforms and equipment as a condition of entry.

It seems clear that banning local authorities from opening community schools when more than 250,000 new places are needed by September is a dereliction by the Secretary of State of his duty to provide adequate school places.  Furthermore, this seems to be being done with the explicit intention of pushing the ideological 'free' schools project to further introduce a market into education.

This amounts the gambling our children's education and future on the basis of economic dogma.

The motion below was passed unanimously: 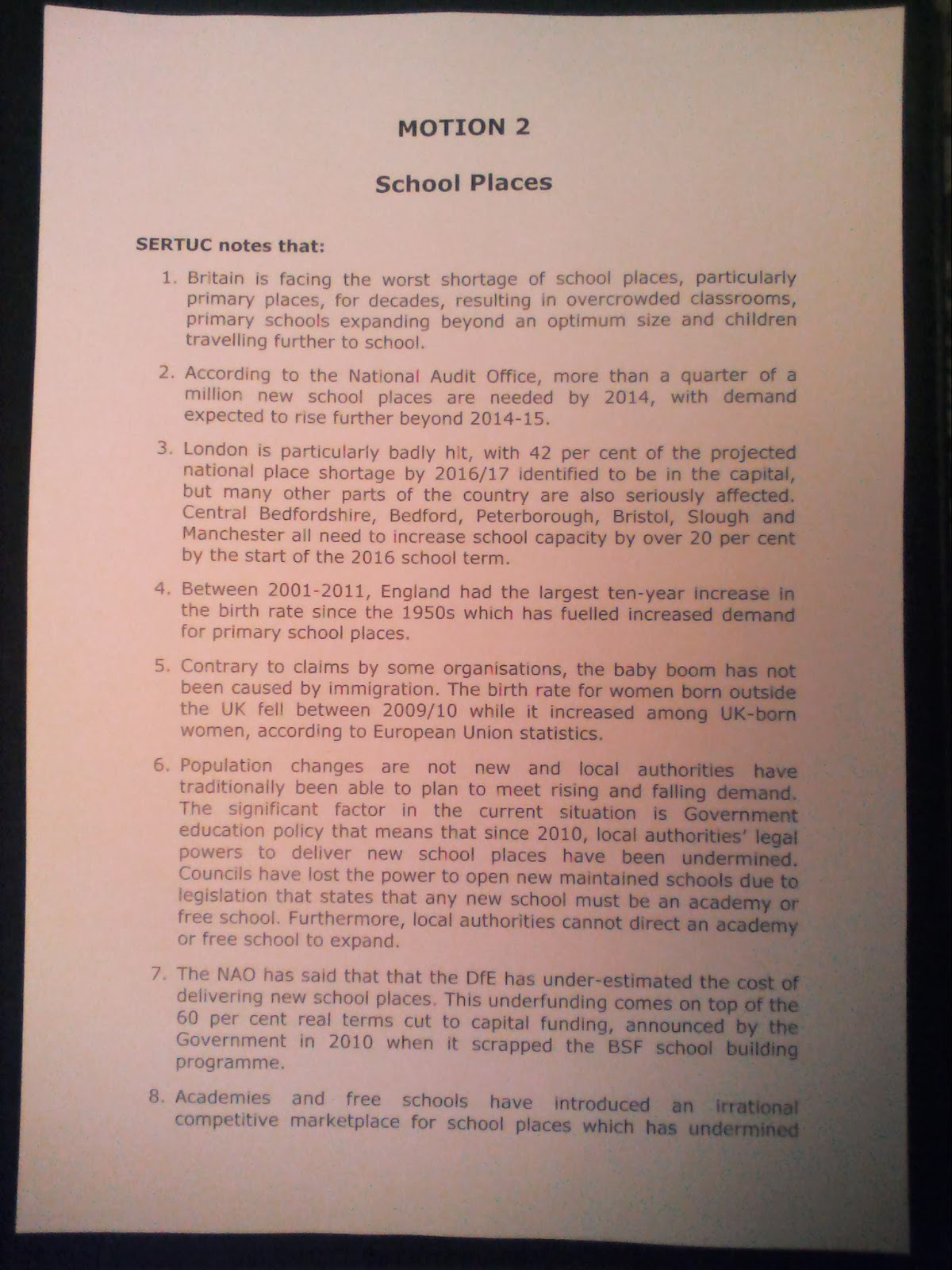 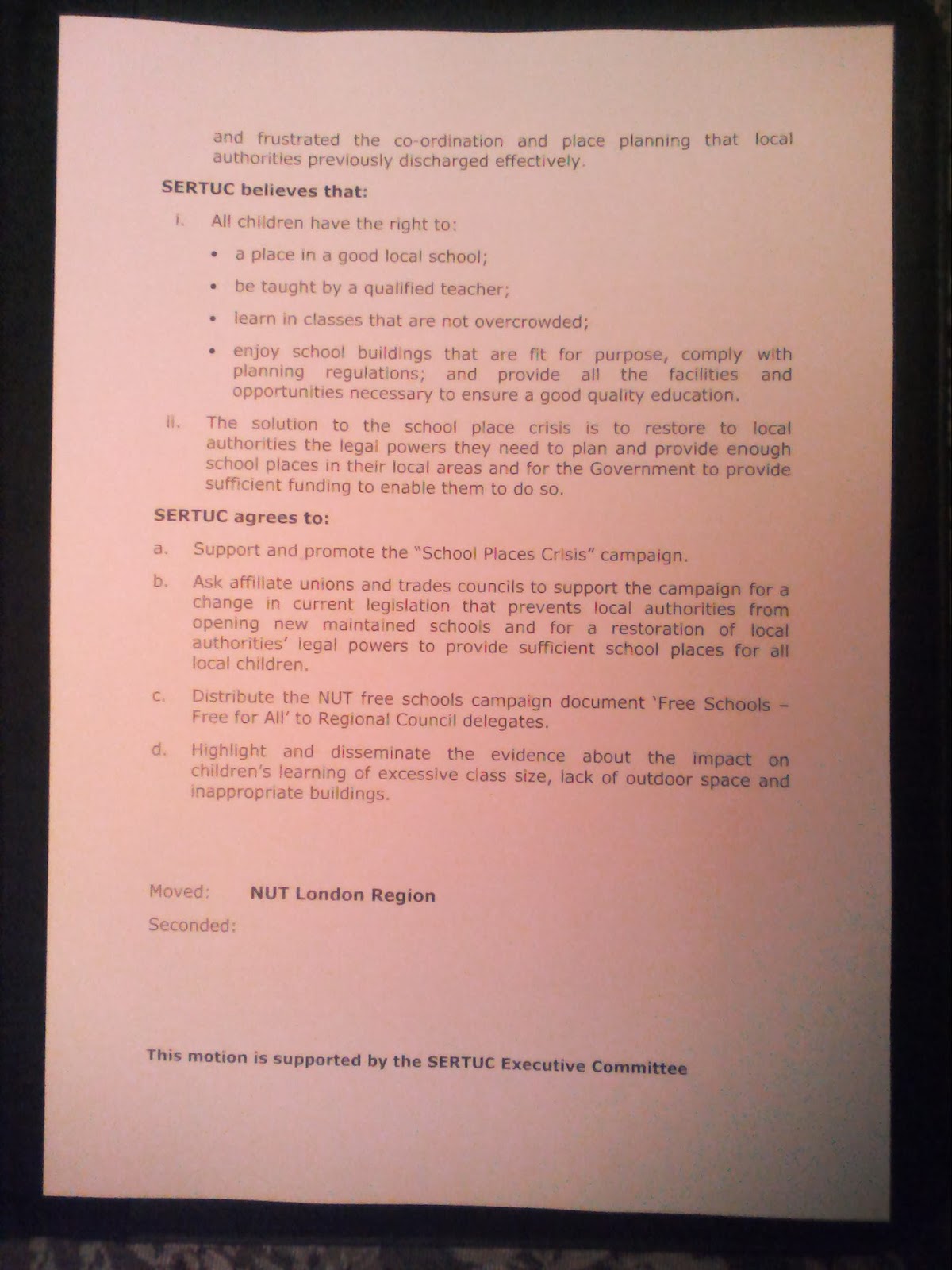