Update on the Action Campaign

At today's NUT Special Executive meeting, the General Secretary reported on the latest developments in the national action campaign: 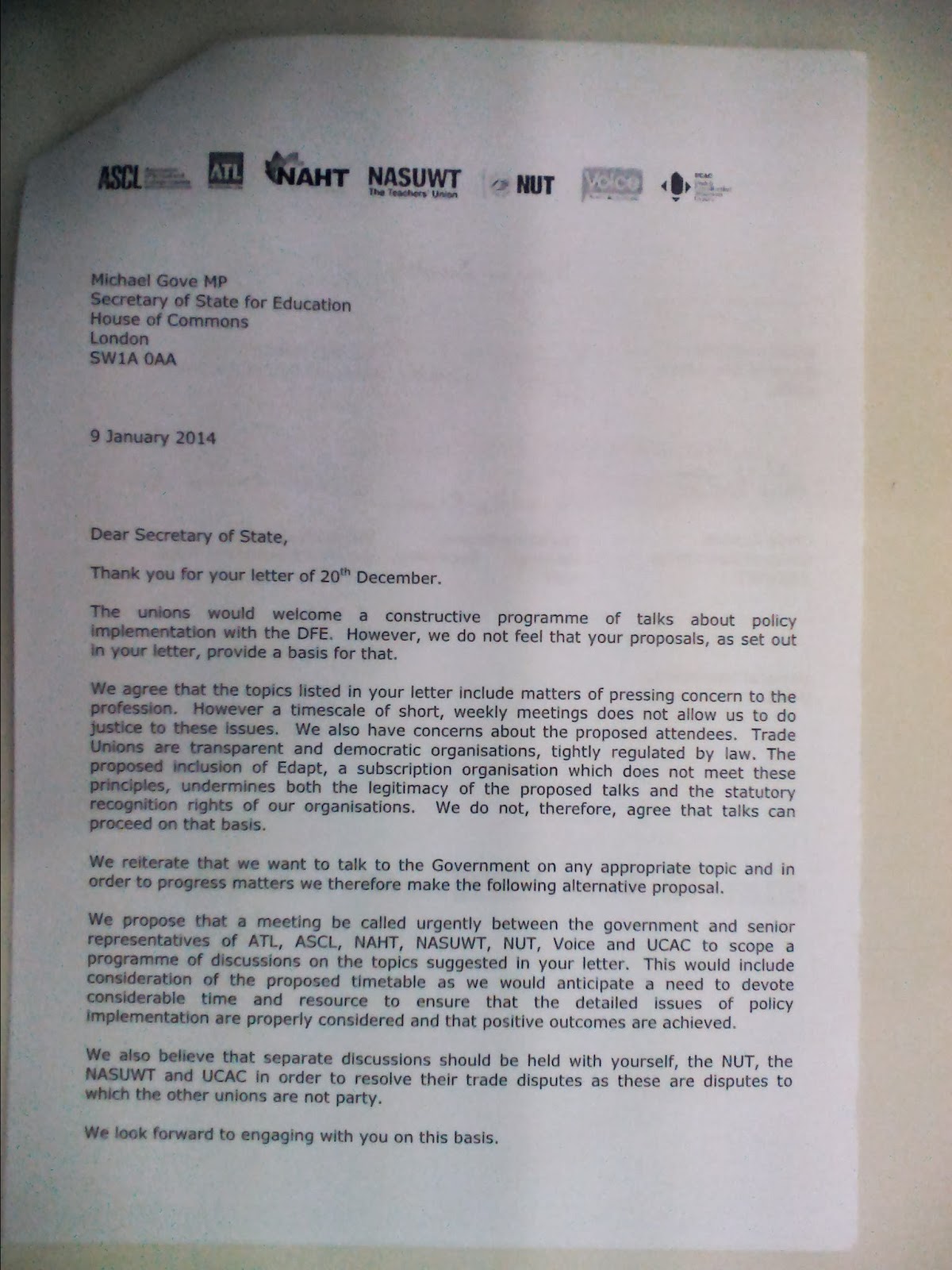 In response to these developments, the NUT National Executive voted to continue our joint campaign with NASUWT and a series of meetings have been set up with NASUWT representatives to map out the next steps we will take to build resistance to pension cuts, pay deregulation and spiralling workload.

We will announce key developments in our campaign over the next few weeks.