The NUT National Executive met on 3rd April to agree proposals for conference to take forward our Stand Up for Education campaign.

Reports from across the country were overwhelmingly positive and public support for the campaign, in particular, was a real strength.  However, there were also concerns that increased pressure had been put on headteachers to undermine the strike by collapsing classes or organising external speakers or sports events.  The Executive discussed how best to respond to this where it occurs, building on the strong support of members and of parents for our action.

At NUT Annual Conference in just over a week's time, we will be discussing the following proposals for taking the campaign forward.  This will be put as a priority motion to the conference, which means that delegates will have the ability to amend it at conference.  So, if you have ideas for what we should be doing, make sure your conference delegates know. 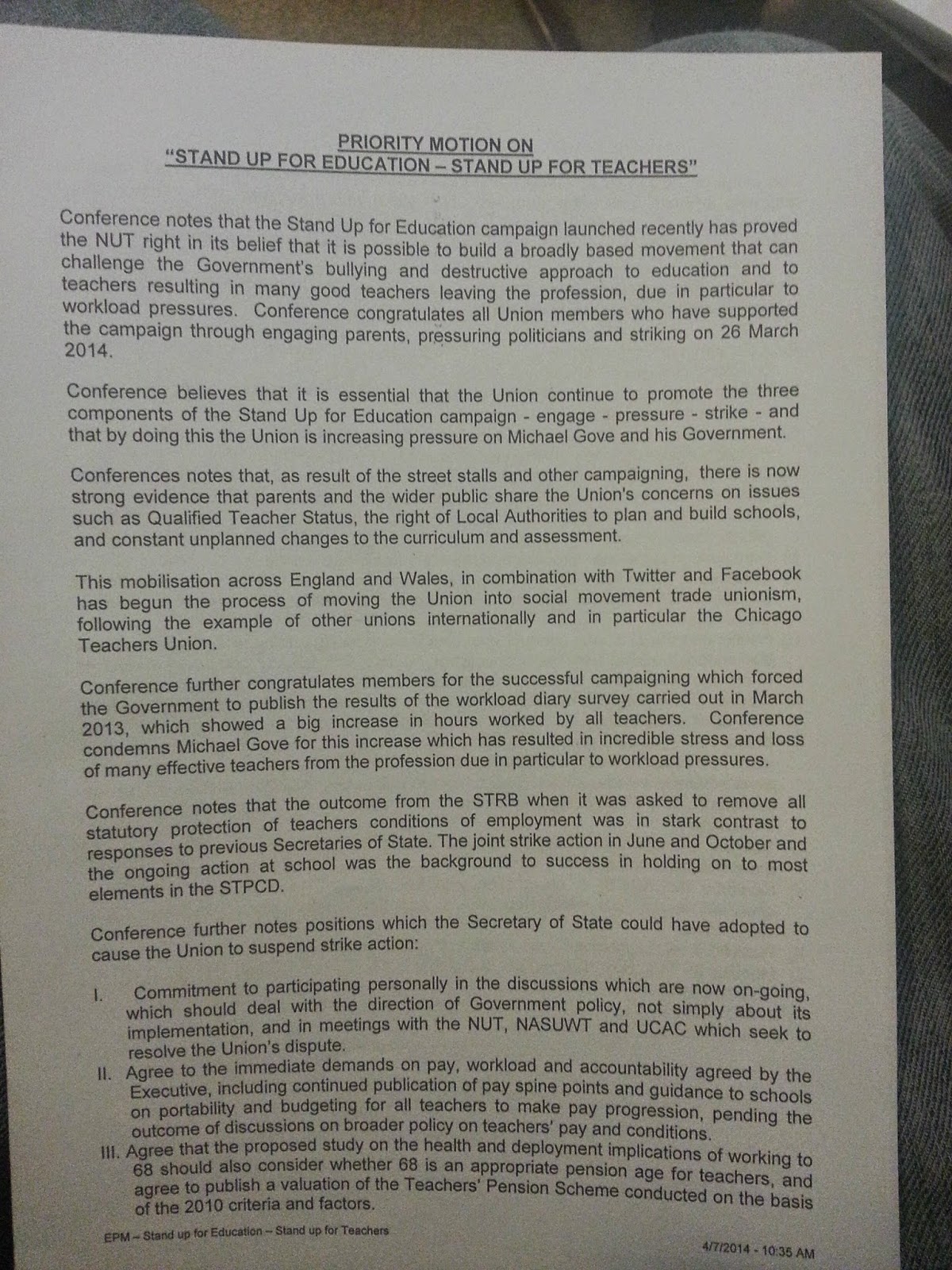 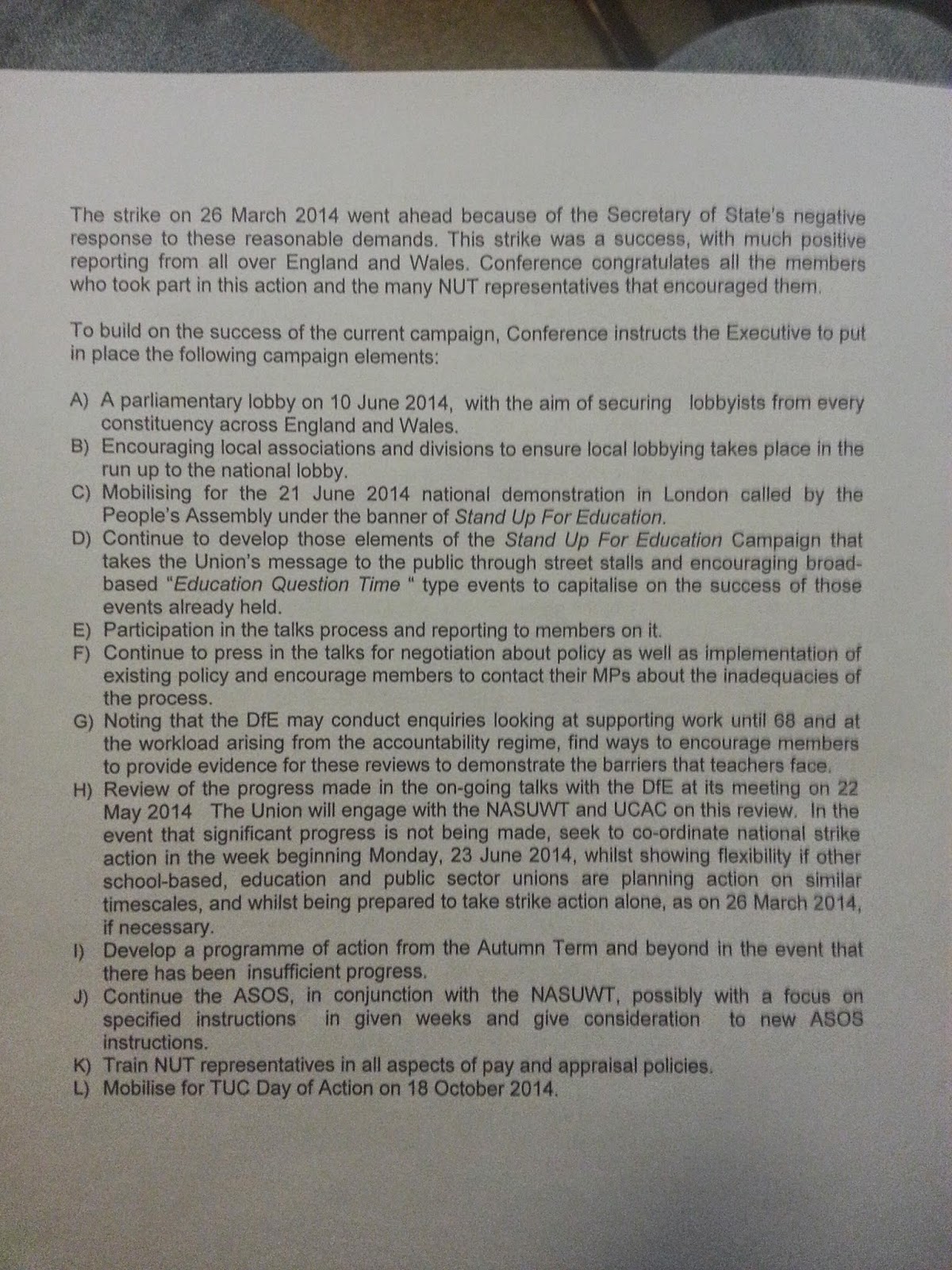 Responding to the scandal of the £45m being spent on a highly selective Harris Sixth Form Academy whilst the government has cut £100m from sixth form colleges across the country, the Executive also agreed the following priority motion for conference: 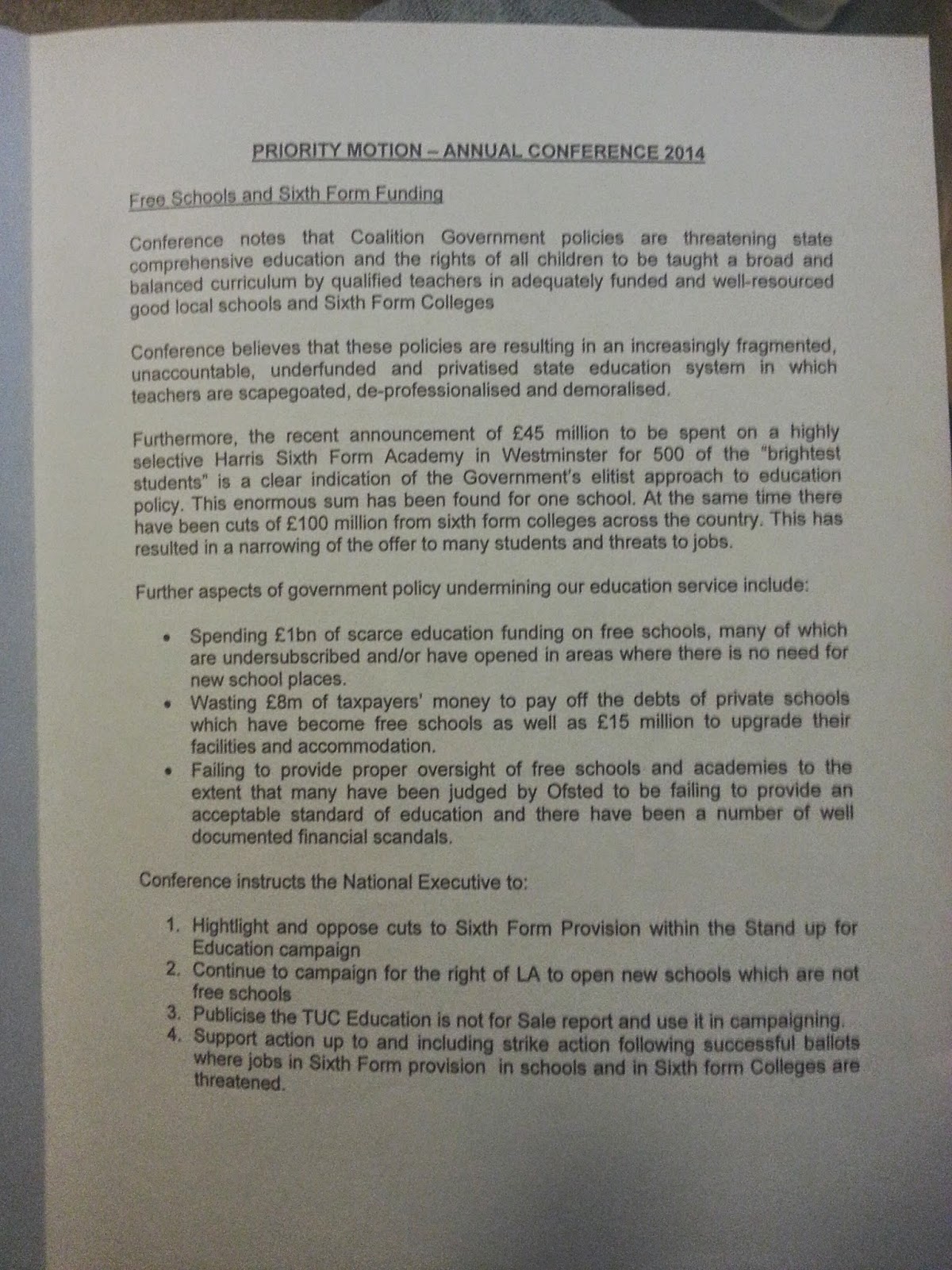