What Kind of Union Democracy Do We Want?

In a recent blog post, I wrote the following about the unity discussions with ATL: Throughout the negotiations, both teams have been committed to the principle of a truly democratic union. Not just the passive democracy of electing the leadership, but the active democracy of involving everyone's voice, experiences and talents in our decision-making. 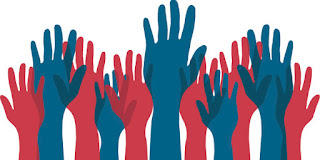 In this post, I want to explore further what I mean by this and what it might mean for us as a union.

On the day the new union is created, we will be bringing together membership categories that the NUT does not currently have into a new, larger union with many more members. One of the most important things in the early stages will be making sure that every member, whichever former union they come from and wherever they work, feels their voice is heard and empowered within the new structures. That is why support staff and post-16 staff, alongside independent school teachers who are already well-organised and have a voice in ATL, will have their own sections in the new union. These will hold conferences, discuss policy, send delegates to annual conference and elect a member of the Executive.

The same will apply to the Black member, disabled member and LGBT+ member equalities strands within the new union. These members fought long and hard within the NUT for structures which go some way to countering the oppression, discrimination and social barriers of wider society which impact on their involvement in their union. These will be maintained and extended with an Executive seat, policy conference and delegates to annual conference for each strand. At the same time, we have to recognise that these structures are not, in themselves, enough. They don't make the history of oppression and exclusion disappear. The new union will have to create space for these members to self-organise, to formulate their own approaches and to establish the mechanisms, formal and informal, they need to play a full role in their union.

The new union will also be embracing structures which are new to both existing unions. In the geographical make-up of our Executive, there will be a mechanism in place to ensure that a majority of seats are held by women, who make up three quarters of our combined existing membership. Each four-member constituency will elect at least two women, using a single transferable vote system which ensures they have majority support, and the three-member Wales constituency will do the same, electing a minimum of two women. At the level of National Officers, we are exploring the creation of a new elected post, a National Officer for Membership and Equalities. This role would have a key focus on engaging members in the democracy of our union.

Whilst all of these mechanisms show the commitment of the new union to hearing the voice of all its members, and ultimately of education professionals, they are only part of the answer. Crucial to the success of an active democracy will be the proactive engagement of members. In practical terms, this will mean increasing the role played by our equalities organisers and national organising team. A grassroots, issues-based organising approach has been essential to engaging members on the issues that face them in their everyday lives and linking these to the wider role of the union. The experience of the NUT and other unions shows that no other approach proves quite as effective in developing an active, engaged membership base who play a full role in the democracy of the union.

Finally, there is the question of a participatory, democratic culture. The structures we create will have an impact on this, and our organising approach an even greater impact, but there needs to be an investment from the very top of the new union in the kind of culture we want from day one. The process of consultation, discussion and collective decision-making we are currently going through in the creation of the new union will hopefully set the tone for the kind of union democracy we want.
Posted by Gawain Little at 15:16